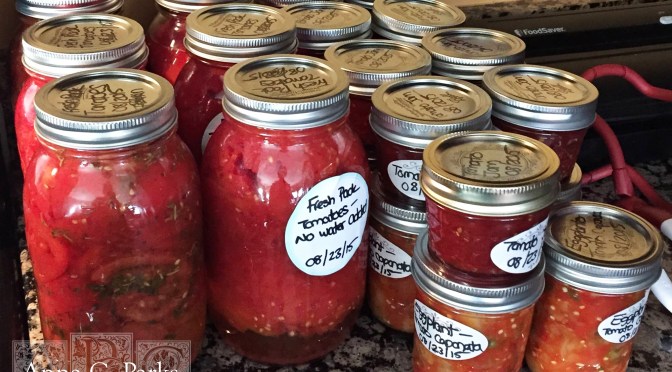 Now that the year is just about over (wow, isn’t that hard to believe…), it seems like an appropriate time to revisit my foodie resolutions for 2015 list that I posted back in January to see how I did.

As a recap, the inspiration for this challenge came from an MSN Food & Drink article that featured 51 new things that foodies should try this year. I reviewed the list to weed out the things that I’ve already accomplished and the common sense items (e.g., clean out the fridge… doesn’t seem like goal-material), and I narrowed it down to six food-related things that I wanted to do this year.

So, how did I do? Well, I’m pleased to say that I completed and exceeded one goal and its sub-goals, started but didn’t complete a few others, and completed a few that weren’t on the list of six but are still worth mentioning.

With less than 60 days left in the year, here’s where I stand:

Yeah, failing. Plain and simple. No actions taken to try to start either of these. I’m optimistic that there may be an opportunity to bang out the bitters goal over Thanksgiving break, but we’ll see.

I could’ve been 50% of the way there, since I started re-reading Heat by Bill Buford, but nope. The beginning of the book is great, opening with a vivid description about what it’s like to dine with Mario Batali at his home, but I still haven’t finished it cover-to-cover. I’m slowly accepting the fact that maybe this is just a book that I simply cannot finish. Sigh.

Make at least five pantry raid meals and document each recipe – Could be a success!

I say “could be” because I’ve made a lot of pantry raid meals over the past months, but I didn’t document any of them. I started a new job recently that has me commuting a lot, but writing this little blurb has inspired me to write some more and turn this goal around… so on that note, look for a follow-up soon. ;)

20% accomplished, if I’m keeping myself honest. I feel like I should get bonus points for this one, though, since I blogged about it — AND WITH PICTURES. :D

Sure enough, I made the honey mustard recipe that I singled out from Food in Jars by Marisa McClellan. I ran out of store-bought ground mustard powder and ended up grinding my own from mustard seeds, sifting out some of the solids that did not grind entirely.

Making homemade mustard also checks off what MSN had on its list as #40, can/preserve something. On that note, though, this year was a big year for canning for me…

Over the summer, I made blood orange, black pepper, and bourbon marmalade; a tasty eggplant caponata from local produce; and TONS (ok, not literally, but a lot) of fermented dill pickles and apple sauce. Tomato season kicked in and I bought a half-bushel of roma (plum) tomatoes for a marathon peeling, slicing, and canning session. When the seeds and sauce stopped flying, a nice quantity spiced tomato jam, raw-pack tomatoes, and salsa remained along with bruschetta for days that never made it into a can. 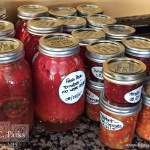 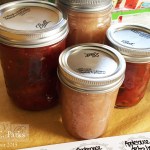 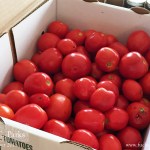 As Fall came around, Steve and I went apple and pumpkin picking, and I made apple-pear chutney from the apples that we had leftover and didn’t eat out of hand (they were amazing, so we did a good job at eating most of them raw.) I think another apple picking session may be in order before the season is over, and if so I’ll likely try my hand at canning some apple pie filling or simple apples in syrup. We’ll see.

How are you doing on accomplishing your goals for this year?


Warning: count(): Parameter must be an array or an object that implements Countable in /home/burnedbr/public_html/frorg/wp-includes/class-wp-comment-query.php on line 405

One thought on “Foodie Resolutions for 2015: Revisited”