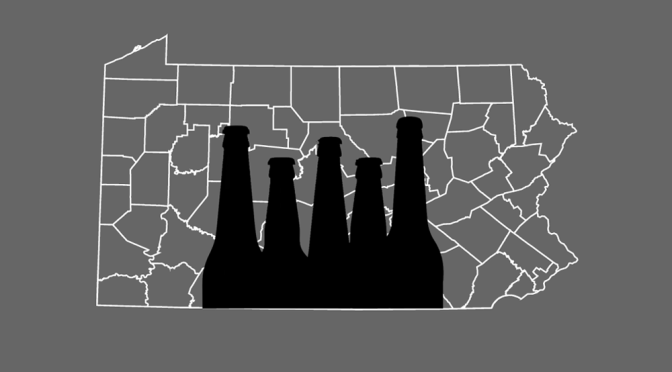 These months are flying by so fast; I can’t believe it is already June!

I recently celebrated my 6-month anniversary at my now not-so-new job. It has also been nearly a month since I graduated with my MBA and commemorated my 7th anniversary with Steve… wow, wow, wow.

Since plans fell through to get away for my graduation weekend on account of the rain, Steve and I decided to take day trips to a few local breweries a few weekends ago, a “bucket list” item that we’ve had for some time. We had fun visiting the Slyfox Beer and Victory Beer brew pubs on Saturday, and on Sunday took a trip to Hershey, PA, to visit Tröegs Independent Brewing.

I’m generally partial to stouts, porters, and Belgians, but don’t necessarily discriminate when it comes to having an opportunity to try different things. I was in luck because samplers at all three breweries offered 3-4oz pours in tasting glasses of pretty much anything on draft. I sampled 5-6 different things at Slyfox, 6 at Victory, and 3 at Tröegs not including the 4 that we sampled on our brewery tour.) Each set of samples cost in the ballpark of $6-8, making it really affordable to try a few different things before committing to a pint of something at the pub. Victory even served its samples in a cool-little carrier.

Two of my favorites to sample that we ended up taking home from Tröegs were the (717) Collaboration Ale, which we got filled in one of the cool growlers that they have to buy from the store, and the Imperial Amber Ale, which they sold in a 6-pack.

As the name would imply, the 717 is a collaboration between three breweries (Tröegs, Appalachian, and Pizza Boy Brewing Companies) that features four different kinds of hops to give it a complex, citrusy-piney taste. I can go either way when it comes to ultra-hoppy beers — some, to me, taste like chewing on a pine tree — but I really liked this one. Too bad it’s only available once a year and found on draft at the brewpub only, otherwise I would likely buy this often. The Imperial Amber I think they mentioned may become a more widespread release later this year. This one has a sweet, malty- and toffy-like taste to it.

We also had the opportunity to take a tour while on our visit to Tröegs to get a behind-the-scenes look at the brewing and bottling processes. The brewery recently got a new batch of reconditioned oak barrels from a local vineyard — some of which I believe will be used in upcoming Scratch Series beers, limited releases that the brewery has on draft at its brewpub and in bottles.

Breweries and distilleries are seemingly popping up all over the place. Next up on our list of places to visit will likely be venturing into Philadelphia and New Jersey to Yards, Flying Fish, and River Horse, but we’re always looking for new places to try. If you have any recommendations for good places to visit in the area, let me know!


Warning: count(): Parameter must be an array or an object that implements Countable in /home/burnedbr/public_html/frorg/wp-includes/class-wp-comment-query.php on line 405